Peggy has been leading WorldChicago since 2001, meeting emerging leaders – young and old – from all over the world and sharing our amazing city of Chicago with them.

Before joining WorldChicago, Peggy worked at the Chicago Department of Cultural Affairs as Director of Development. While at the Department of Cultural Affairs, she earned her MBA from the Kellogg School of Management at Northwestern University. Peggy attend Central College in Pella, Iowa which allowed her the opportunity to spend a year at the Sorbonne in Paris, France, the first of her many international travels. Peggy lives in Chicago with her husband and son. 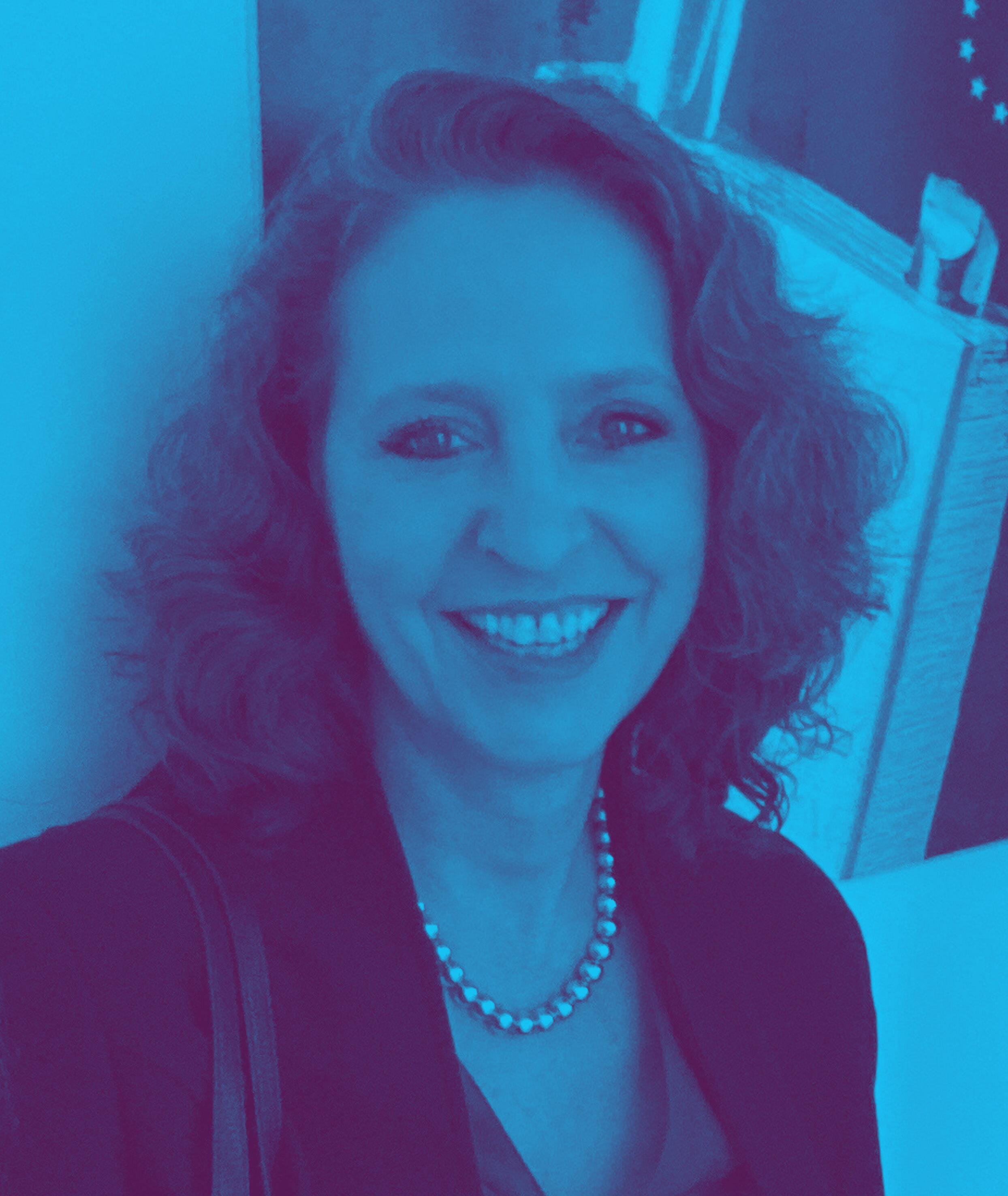 Donna has been with WorldChicago for more than twenty years. In addition to financial reporting, technology, and oversight of the internship program, Donna has also headed up the following programs: Community Connections, Open World Leadership and Shanghai Management Fellows.

Before and during her work at WorldChicago, Donna was the Artistic Director of The Opera Factory in Chicago. Her passion for WorldChicago’s mission of citizen diplomacy has led her to travel extensively to international destinations such as Jordan, Israel, Georgia, Abu Dhabi, Dubai, and Turkey to name a few. As a classically-trained singer she performed for the International Committee for Artists for Peace for honoree Carlos Santana and for numerous orchestras and opera companies in the US. Donna majored in Music Performance at Eastern Illinois University.

Before joining WorldChicago, Jennifer worked or served in civic leadership roles for over 25 years for organizations such as Urban Alliance, Umoja, Girls on the Run - Chicago, and UCAN as well as founded and successfully ran her own business for 10 years.

Currently, Jennifer serves on the Board for CPS Lives, which places Artist in Resident Fellows in Chicago Public Schools. Her own citizen diplomacy travels have included trips to Sweden, France, Finland, London, Denmark and a Habitat for Humanity volunteer experience which served as her honeymoon. Jennifer and her family have also served as a host family to 20 international exchange visitors over the last 10 years and live in the Albany Park neighborhood. Her daughter served as a WorldChicago Youth Diplomat for 2 years. 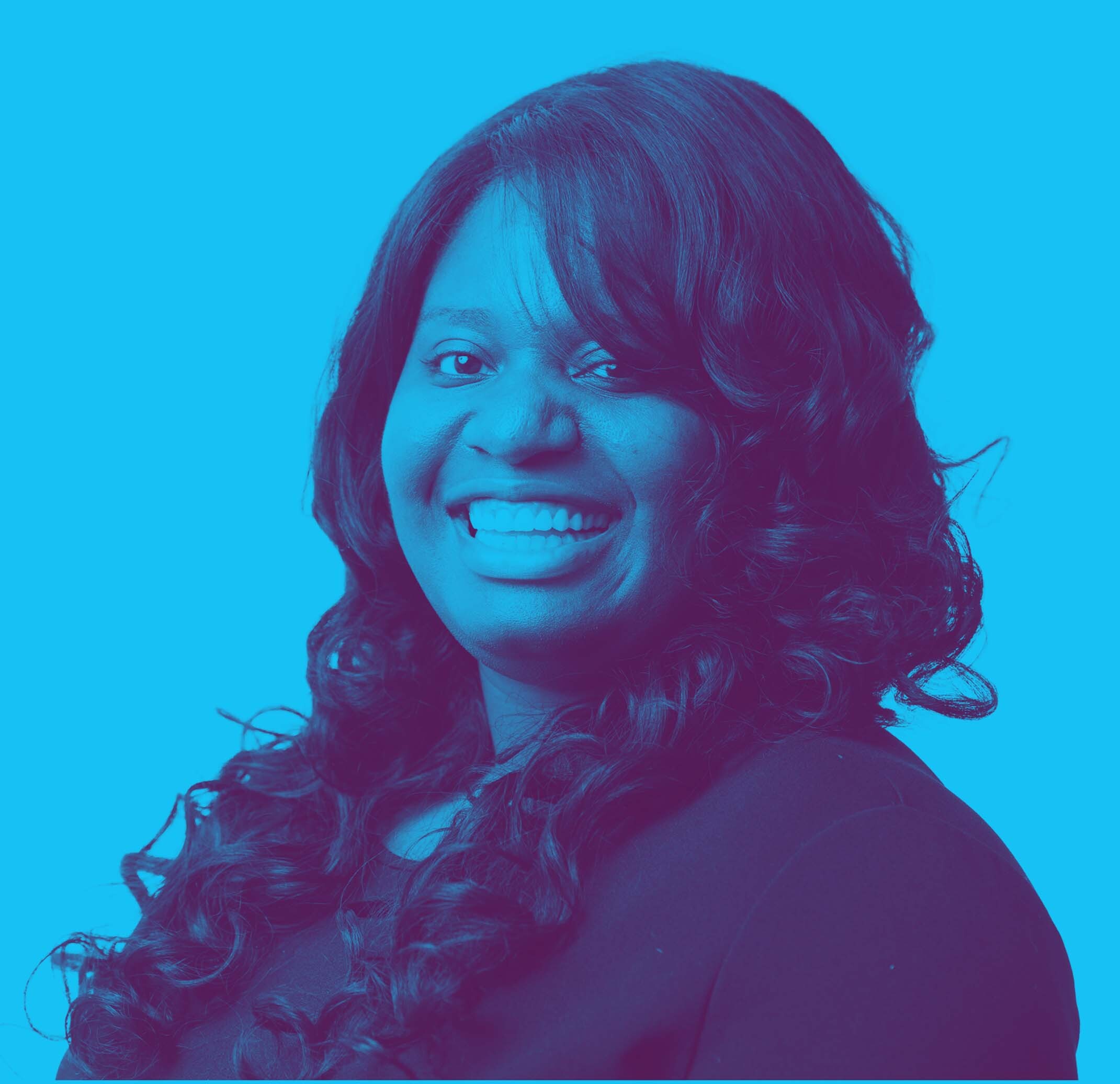 Prior to joining the World Chicago team, Megan managed the Chicago office of the Institute of International Education (IIE), where she led teams responsible for advising students and scholars participating in exchange programs, including the U.S. Department of State’s Fulbright Program. She is a part of the worldwide community of consultants certified in the KonMari Method™ of organizing. She earned an MS in Public Service Management from DePaul University and a BA from Oklahoma State University.

Megan lives in Oak Park with her son. 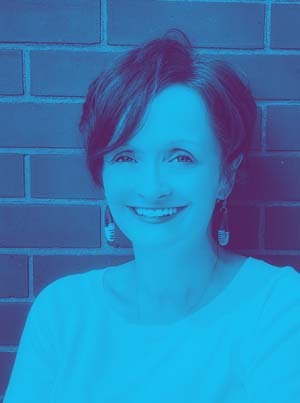 As Program Manager, Jabari develops and implements U.S. State Department Professional Fellowship Programs that bring emerging leaders and entrepreneurs from around the world to Chicago. In this role, Jabari works with government agencies, community organizations, and local leaders to provide an enriching cross-cultural experience for Fellows.

Before joining WorldChicago, Jabari carried out intercultural leadership work across education, media, and entrepreneurship sectors. Upon completion of his B.A. in Journalism at Howard University, Jabari launched his career as an English Teacher in Japan. He founded Jabari Inspires: Motivational Speaking & Global Citizenship Consulting, led youth outreach for the Obama/Biden re-election campaign, hosted a travel TV series in Kenya, and facilitated service-learning trips for students throughout the U.S. with Pathways Travels. A New Orleans native and global citizen, Jabari believes there are more commonalities than differences connecting us worldwide. 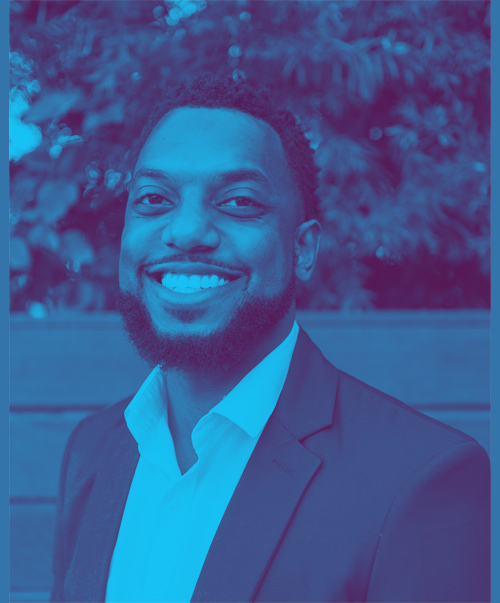 Angela Beltran serves as the Program Manager responsible for creating and overseeing the communications & social media campaigns for the YTILI Fellowship Program. Angela joined WorldChicago as a Program Manager in January 2022.

Previously, she worked with the YTILI Team as a Communications Consultant on the outreach and recruitment campaign for the 2021 YTILI Cohort. Before joining WorldChicago, she worked as a Program Development Officer with Cultural Vistas. There, she managed the PPPA Small Grants Program in Colombia, Peru, and Chile, sponsored by the Bureau of Oceans and International Environmental and Scientific Affairs at the Department of State. Angela’s professional experiences have taken her to different cities across the United States (Chicago, New York, and Miramar, in Florida) and Latin America (Bogota, in Colombia). She has worked with Non-profit organizations, private enterprises, and government institutions. Angela holds a bachelor’s degree in international relations from Florida International University and a master’s degree in conflict resolution from Universidad Javeriana in Bogota, Colombia. She is deeply committed to empowering vulnerable and marginalized groups by strengthening civil society organizations and promoting citizen diplomacy initiatives. 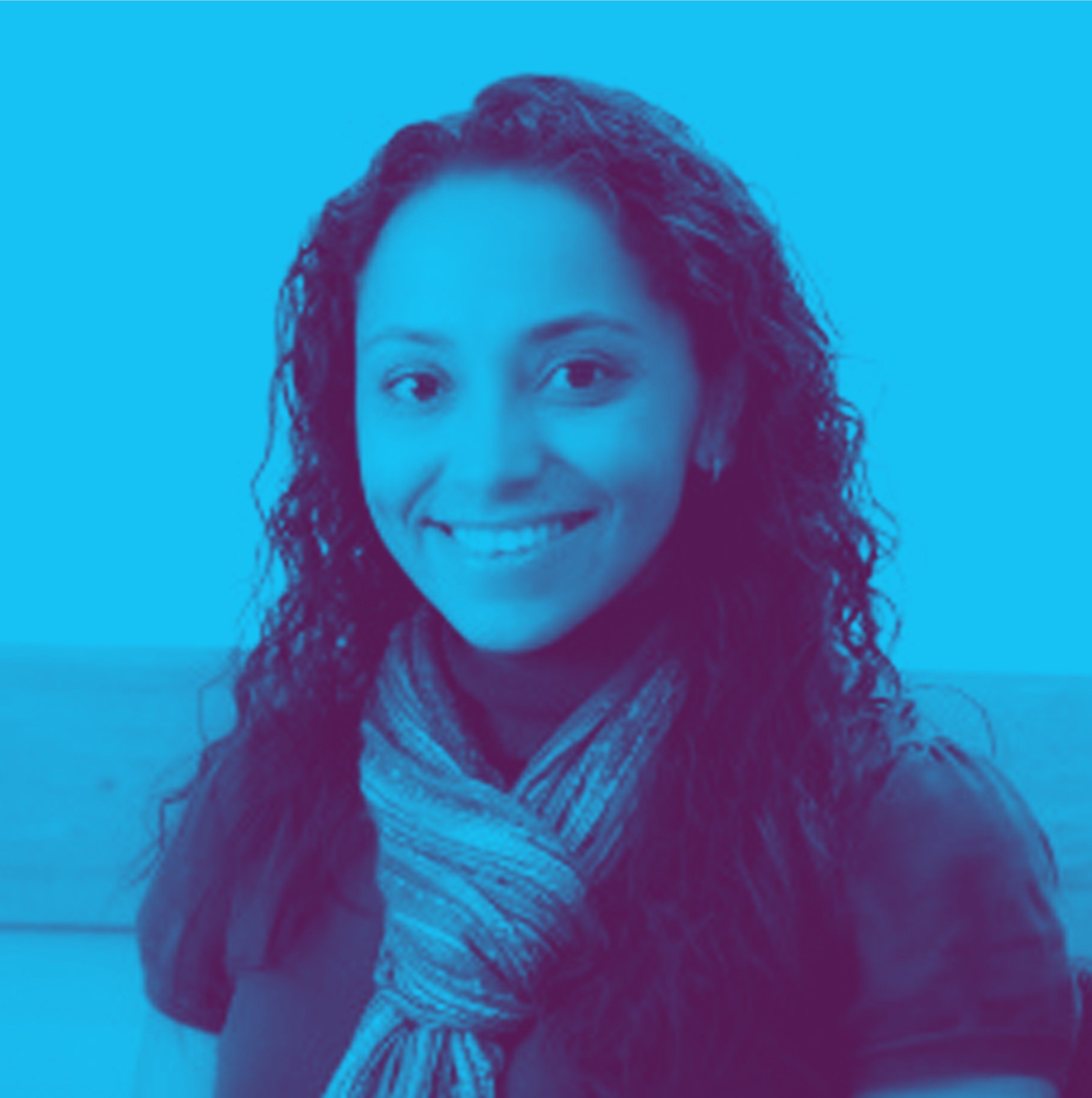 Gloria Llenos joined the WorldChicago team as a Program Manager in January 2022. After graduating with honors and a Bachelors of Arts degree in International Economics and Cultural Affairs from Valparaiso University,

Gloria has held multiple positions focusing on cross-cultural communications, international education, and global experiences, as she loves traveling and meeting people from all over the world. She worked in the study abroad office at her university and later served as a Designated School Official at Kaplan Test Prep, advising international medical graduate students on topics such as immigration compliance, cultural adjustments, and enrollment procedures. Prior to joining WorldChicago, Gloria worked in the travel industry for 5 years at National Geographic Expeditions designing bespoke itineraries for luxury clients in collaboration with Destination Management Companies around the world. In her spare time, she enjoys exploring new places and restaurants, reading, and being active with her husky/lab puppy, Ace. 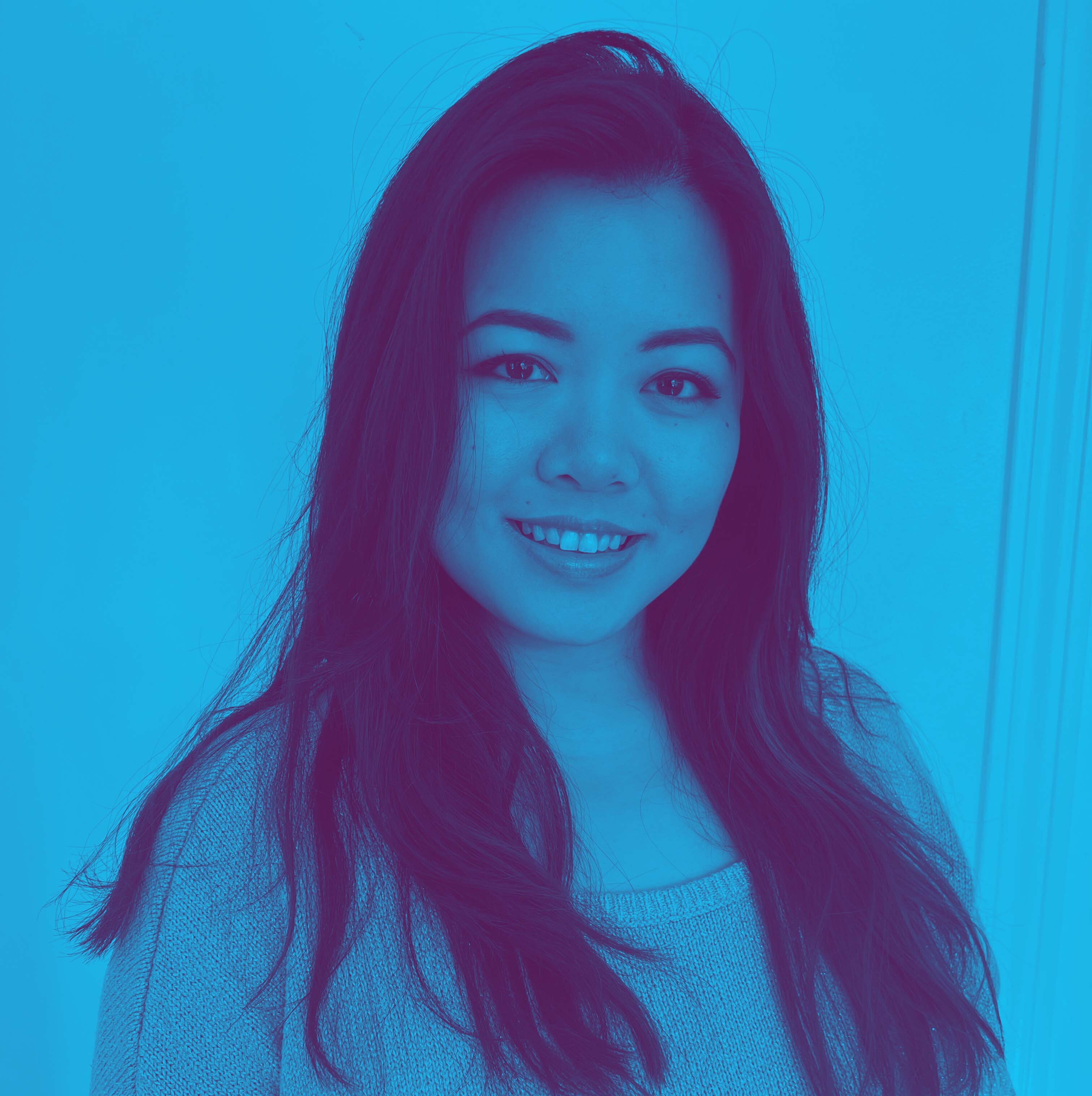 She recently graduated from Loyola University Chicago with a B.A. in Global and International Studies with minors in Mathematics, European Studies as well as Political Science. Throughout her young adult life, Julia has participated in numerous cultural exchange programs that took place in Taiwan, France, and Italy and has volunteered with local organizations that work to educate the youth about Ukrainian history, culture, and language. She has also volunteered with the Chicago Sister Cities International as a Committee Member to foster cooperation and understanding through citizen diplomacy between Chicago and Kyiv. Julia is excited to rejoin WorldChicago and form unique experiences for members in our communities as well as international ones. In her free time, Julia enjoys exploring new places, playing sports with her family, and learning new languages. 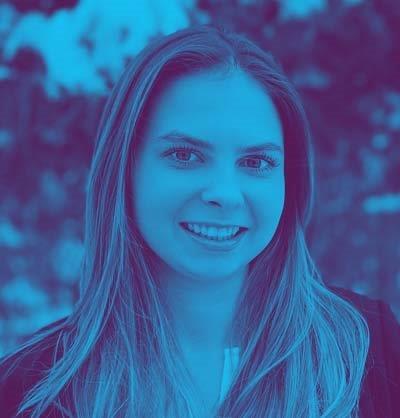 Ethan joined WorldChicago in July 2021 as part of a 1-year Fellowship through NUPIP as a Program Associate.

Recently, he graduated from Northwestern University with a Bachelor of Arts, where he majored in Political Science and History. Ethan's passion for international cooperation started with his involvement in Model United Nations, where he helped set up a conference for hundreds of high schoolers every year. As a Vice Chair, Ethan was responsible for researching committee content, planning crises and challenges the delegates would face, and instilling the importance of working together and creating international connections. 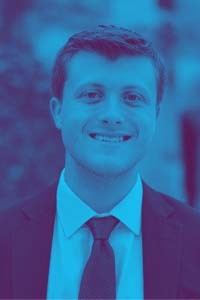 John joined WorldChicago in June 2022 as part of a 1-year Fellowship through the Northwestern University Public Interest Program (NUPIP) as a Program Associate.

He recently graduated from Northwestern University with a Bachelor of Arts in Political Science with a minor in U.S. History. John's ever-growing eagerness for international cooperation stems from a deep appreciation for engaging with and learning about different cultures. This perspective fed an enthusiastic foreign relations education and grew further through increased exposure to the world in personal trips abroad to South Korea and Uganda. A first-generation Korean-American citizen born and raised in Chicago, John deeply believes in building shared understanding and cross-cultural respect in an increasingly interconnected world. 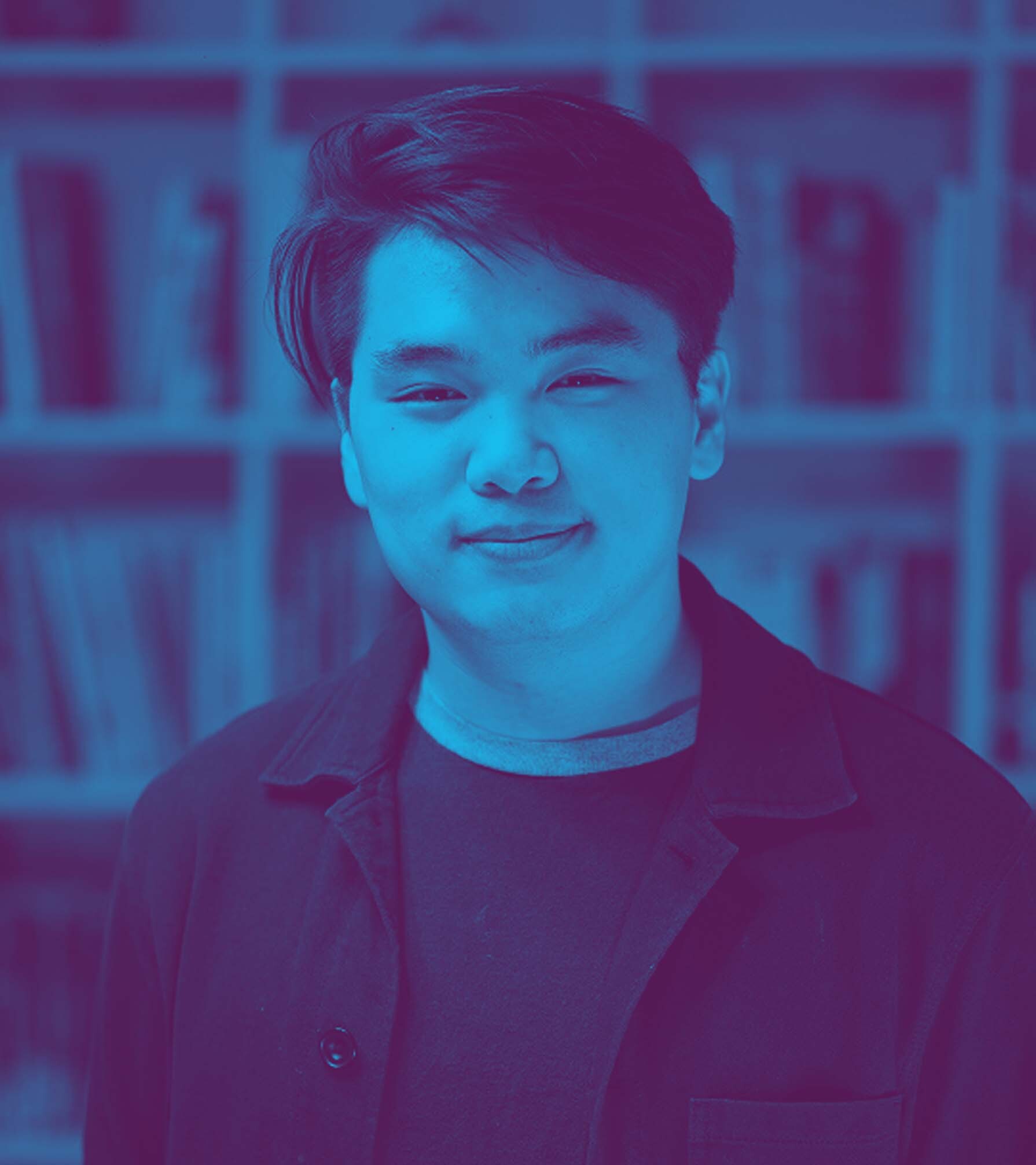 Michael joined WorldChicago in June 2022 as part of a 1-year Fellowship through the Northwestern University Public Interest Fellows Program as a Program Associate.

Michael graduated from Northwestern University in 2021 with a BA in Economics and a minor in Chinese language and culture. He was born in Liaoning, a northeastern province of China, and immigrated to the US when he was four, growing up in Oak Ridge, Tennessee. As a hyphenated American, Michael believes in WorldChicago’s mission of attesting the power of the individual to create cross-cultural connections through citizen diplomacy. Through his experiences as a teaching fellow and studying abroad, he understands the remarkable influence and joy that these relationships can create. As a program associate, Michael is excited to advance growth and cultural understanding through meaningful programming. Outside of work, Michael enjoys any movement: walking, yoga, and triathlon sports (swimming, biking, running).

Your unrestricted gift helps us create more opportunities to bring the world to Chicago, and Chicago to the world.

Send us your email address and we will keep you updated on all the latest news at WorldChicago.